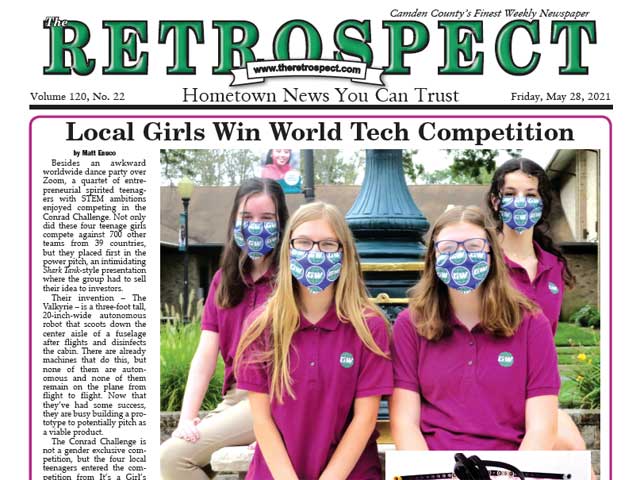 Besides an awkward worldwide dance party over Zoom, a quartet of entrepreneurial-spirited teenagers with STEM ambitions enjoyed competing in the Conrad Challenge. Not only did these four teenage girls compete against 700 other teams from 39 countries, but they placed first in the power pitch, an intimidating Shark Tank-style presentation where the group had to sell their idea to investors.

Their invention – The Valkyrie – is a three-foot tall, 20-inch-wide autonomous robot that scoots down the center aisle of a fuselage after flights and disinfects the cabin. There are already machines that do this, but none of them are autonomous and none of them remain on the plane from flight to flight. Now that they’ve had some success, they are busy building a prototype to potentially pitch as a viable product.

The Conrad Challenge is not a gender-exclusive competition, but the four local teenagers entered the competition from It’s a Girls World Inc., a program out of Salem Community College that promotes STEM education and careers for women. Each girl had an area of expertise in the competition and as they say: Teamwork makes the dream work.

Gabriella Antunes and Ella Bianco are rising juniors at Haddon Heights High School while Natalie Catalano and Kirsten Nelson are students at Salem County Career and Technical High School and Kingsway Regional, respectively. The Valkyrie is Nelson’s vision, and her invention earned her a $2,500 scholarship from the American Institute of Aeronautics and Astronautics (AIAA). Catalano ran the operations and troubleshooting logistics of the project while Bianco supplied the creative vision and technical expertise in creating the pitch video. Antunes was the voice and entrepreneurial spirit of what has become Eir Clean (Eir is the Norse goddess of health), the company formed around the Valkyrie and this group of young women. 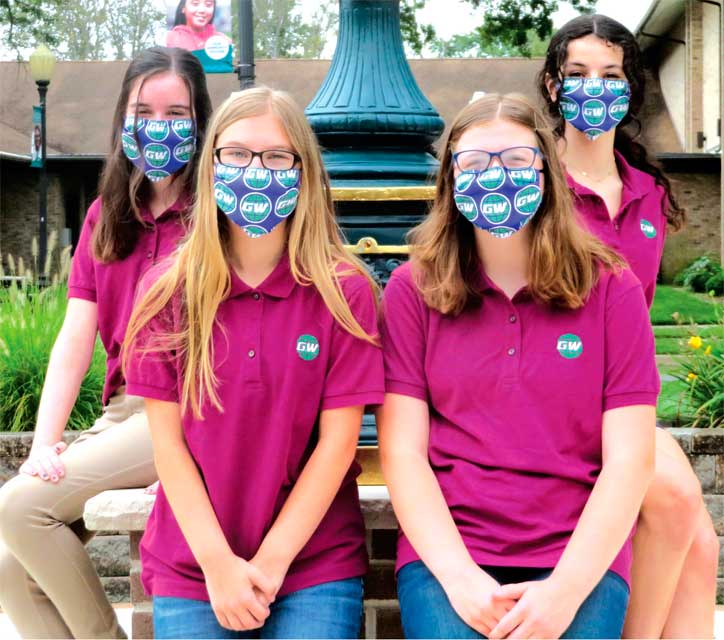 The group met two years ago when they applied to the It’s a Girls World program and started moving through the orientation process. The program is normally reserved for students in Cumberland, Salem, and Gloucester Counties, but Antunes and Bianco were able to slip into the program through a connection. Through summer camps and quarterly mentoring sessions during the first two years, the group coalesced and started brainstorming for the Conrad Challenge last summer.

Access to mentors and field experts is something It’s a Girls World has provided. The girls have received insight and guidance from many experts in the STEM fields, but they also received feedback from two pilots on their project. Pilots Bob Mosur and Hal Myers sat down for a Zoom meeting to share an insider’s view on pitching airlines the Valkyrie and how to market the product on a broader scale.

The next step is to build a prototype. Before Antunes can use her boardroom polish in selling the clear vision of Eir Clean to airlines, Nelson’s vision must come to life. Nelson is part of a robotics team at SCC called the Lunatecs, and the group is scheduled to build out the Valkyrie to scale this summer. The Eir Clean girls are busy culling grant money and other funding to pay the Lunatecs a small stipend for the project, and if the prototype is successful, the rewards could be enormous. 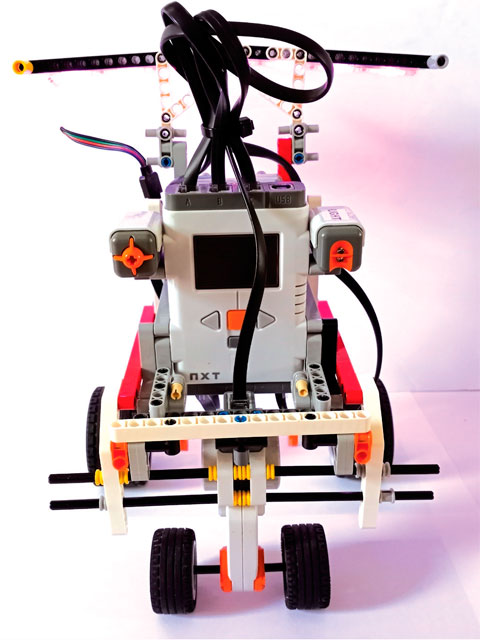 According to Antunes and her market research, most competitors charge $100,000 for their products. Eir Clean expects to market their autonomous robot for approximately $25,000. The group faces a series of high hurdles to bring their product to market. Since the Valkyrie will fly along with the plane, the product must clear Federal Aviation Administration standards. With the apparatus using two cleaning sources – one being UVC light — one important factor that still needs to be hashed out is what the liquid cleaning solution the Valkyrie will use.

But the girls are confident their creation can come to life. Once the prototype is completed Antunes expects to start contacting airlines and formally pitching the product. If all goes well, the next step will be to secure a manufacturer, provided the Valkyrie clears regulatory scrutiny.

For now, the group can relish in their worldwide success. Being one of only 46 teams to make it to the third round is something to be proud of. Not only did the group need to come up with a product, they needed to create an attractive pitch and viable business model complete with financial projections and cash statements. That a group of young girls stepped into a competition based on a field with a severe gender equality gap (the AAUW reports that only 28 percent of the STEM field is accounted for by women) is something to be proud of even if the Valkyrie never takes flight. It took a combination of creativity, vision, planning, and technical insight to fly this far and who knows where they might land.

Back to that awkward virtual dance party. The Conrad Challenge has a collection of alumni scattered around the tech industry, and many of them return each year to celebrate a new crop of success stories. Dancing wasn’t quite the It’s a Girls World team’s jam. Perhaps if the pandemic hadn’t ended the in-person Round 3 event at the Kennedy Space Center in Washington D.C., they would have dabbed, flossed, or just mildly swayed on the dance floor at the after-party. But, then again, maybe these girls are saving their moves for another celebration in the future.