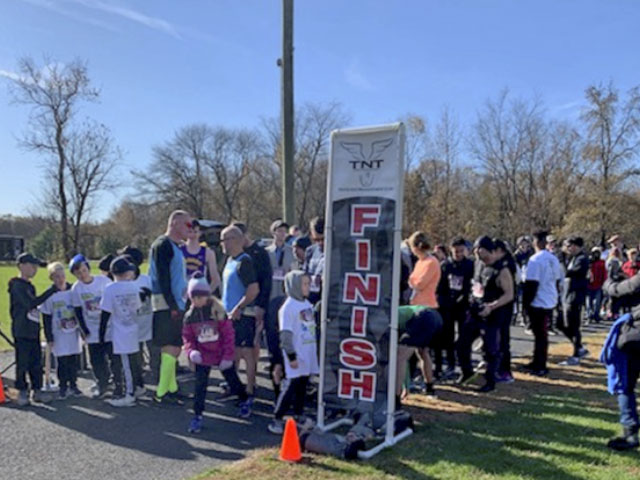 The Dragonators participated in South Jersey Robotics 5th Annual Robot Run in November 2019, held at a new location, the beautiful Washington Lake Park in Washington Twp, NJ. The Robot Run is SJR’s largest fundraiser. We’re excited about the park because it’s a popular location and we think it’s a great new place for our event.

We had 15 walker/runners sign up under the Dragonators Team with two additional families and a friend who also came the day of the Robot Run. The Enforcers and MOE unfortunately were unable to attend. The Robot Run saw about 100 walker/runners turn out, mainly from the South Jersey Robotics’ families and friends…. and one pig! Emily the pig joined our walkers.

We raised $790 from this year’s run. We also had $600 in sponsorships and $190 from the runners plus other donations.

All the teams hosted a STEAM activity during the Robot Run. The teams set up under the pavilion in spite of the cold morning. The Dragonators brought the Ozobots to bridge robots and art. These little robots follow marker lines and respond to changing colors.

The bomb squad was great! They brought three robots and a display of different explosive materials they look for as well as one of their protective suits. They spent time answering any questions and demonstrating how their robots operate. They said they would come to the runs in the future and even smaller events with just the Dragonators! We’re referring them to Rowan College so they can invite the bomb squad to their STEAMcon and other events. 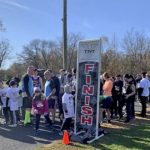 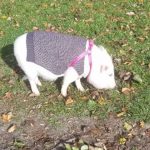 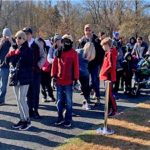 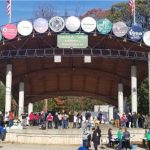 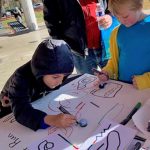 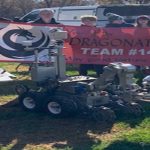 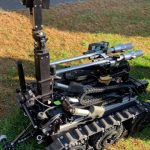 Or maybe you would like to volunteer? Click HERE to see how you can get involved with South Jersey Robotics, run 100% by volunteers.