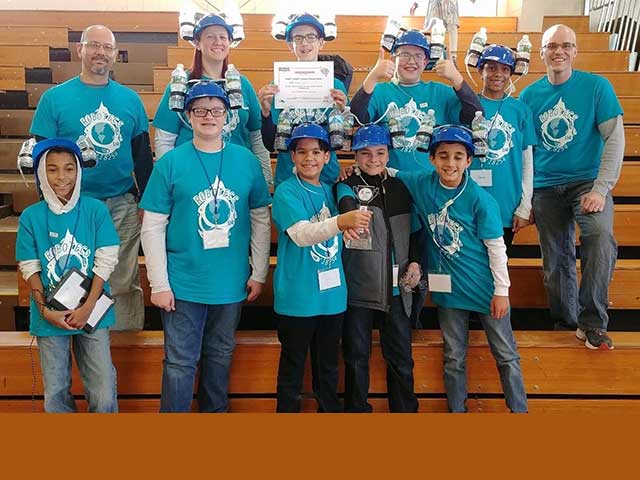 This photo was taken right after South Jersey Robotics FLL Robotecs Team 18254 received the Core Values Award at the Salem Robot Rumble FLL Qualifier held Saturday, January 13, 2018, at Salem Community College in South Jersey, and learned that they would be moving on to the Regional Championships at Rowan University!  Go Robotecs!