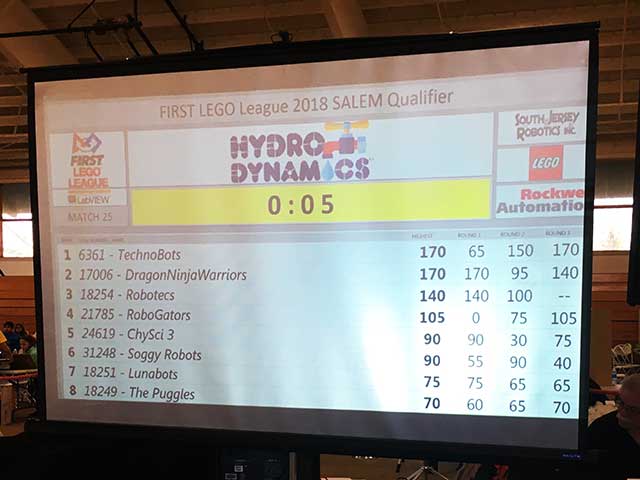 On Saturday, January 20, 2018, teams from all over South Jersey came to compete in the Salem Robot Rumble FIRST LEGO League (FLL) Qualifier. South Jersey Robotics was the host and had eight teams in competition. SJR is proud of their Robotecs, Soggy Robots, Lunabots, and The Puggles for finishing in the top eight for robot points.

All the teams who attended did a great job. Congratulations to the teams who won awards. The Judges Award was given to The Puggles. The Lunabots won the Project Award. The Robotecs earned the Core Values Award. The Robot Design Award went to the RoboGators. Team Technobot won the Robot Performance Award and also the Champion Award.

We are excited that our Lunabots and Robotecs are advancing to the next round of competition on March 3, 2018, at Rowan University along with the Technobots and RoboGators. We wish all the best to those teams!