The Dragonators are the Delaware Diamond State Champions and are Headed to the World Championship! 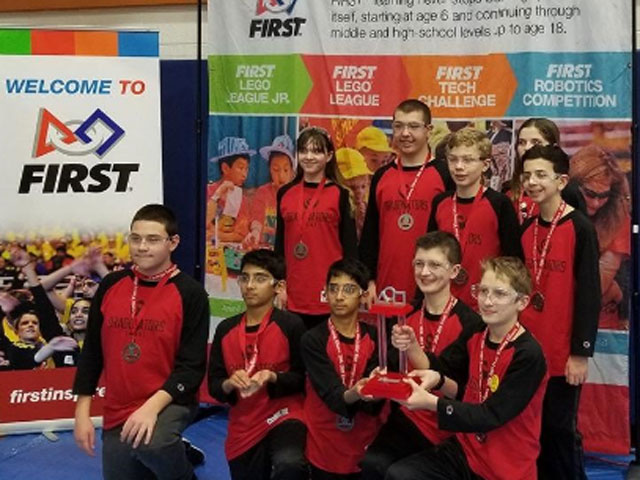 We are calling our story “The Little Plywood That Could”.  Standing next to our veteran alliance partner MOE 365 out of Willmington DE, we are very much an elementary robot using a carabiner hook to lower and rise from the ground, simple push servo to mark and a mop sponge to push minerals into the depot.  Our wheels are the base wheels that come with the FIRST starter kit and basic programming that is timing our movements not using all the fancy sensors we have yet to figure out (but working on it).

Our strategy going into the Diamond State Championships was to bring a consistent robot with little to no maintenance. During autonomous we dropped, marked and parked. Even at times, our parking was off and we had to pull it out of the programming because of hitting the opposing alliances minerals while attempting to park on the opposing alliance’s crater. We ended the regular rounds in 2ndwinning by wining 4 of the 5 matches.  Only losing the last regular match of the day by a small amount.

We scouted well throughout the day and used an Excel pivot table to tell us who were the best teams to chose as an alliance partner.  MOE was top of our list eventhough they finished the day 6th.  Early issues with their robot caused MOE to move from 10th to 6th in the last match.  They graciously accepted our invitation to form an alliance. 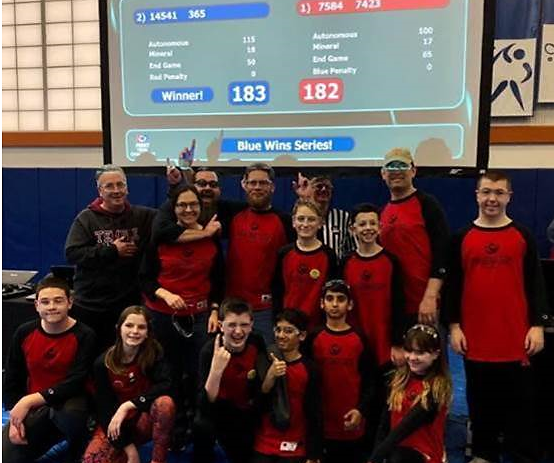 The semi-finals started off with our highest scoring match yet totalling 303 points.  We continued to win the semi-finals easily in the first two games.   In the finals, we won it in two games by one point in the last game.  It is an amazing story considering we did not have the most sophisticated robot nor the highest scoring bot, but our strategy to keep it simple and consistent paid off.  Our scouting data collection and analyzing method allowed us to quickly choose our Alliance partner team MOE who put our collective scoring over the top. We are the rookie team that stands out as the youngest faces.

Team MOE won the Inspire Award and we are so happy they will be going with us to the Worlds Championship in Detroit, MI in late April.  They have been very gracious to us and have offerred us many trip planning tips to help us on our journey.

Click here to support the Dragonators and help them go to the FIRST World Championship in Detroit!