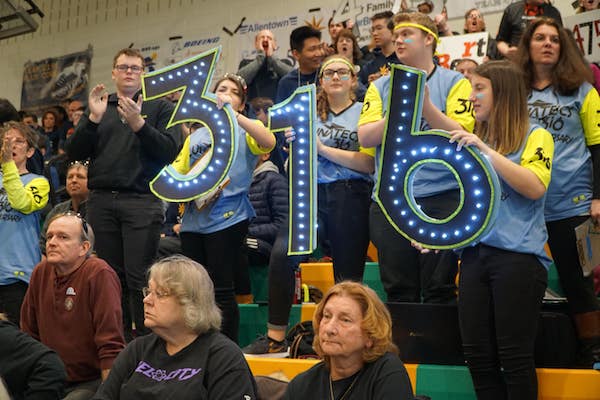 Although the regular season is over the LUNATECS are going strong. April 4th to 7th they will be competing against the best of the best in the Mid-Atlantic region at the FIRST Mid-Atlantic District Championship. They will be competing with the top 60 teams in the district with the goal of securing a spot for the FIRST Championship in Detroit Michigan. The event will be streamed live on Game Day starting on Thursday, April 5th.