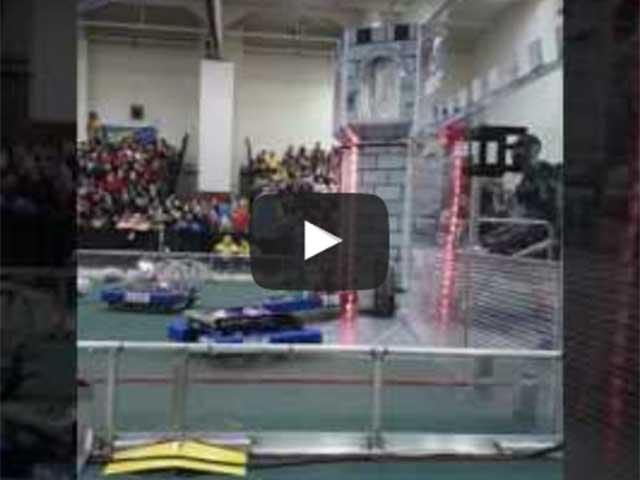 We did it!  We proved we could scale the tower!  The 2106 game, Stronghold, included a challenge to climb the tower.  Now, SAMbots have climbed before, but each climbing task is different.  Our team stayed with the challenge until we were successful.  The video shows our team scaling the tower in one of our off-season competitions.

The 2016 game was played by two alliances of three teams each and involved breaching the opponents’ defenses, known as outer works, as well as capturing their tower.  Alliance teams first fired “boulders” (small foam balls) at it and then surrounded or scaled the tower using a single rung on the tower wall. Teams scored points by crossing elements of the tower’s outer works, shooting boulders into the opposing tower’s five goals in order to lower the tower strength, and by surrounding and scaling the tower.  Click here to see the YouTube video of the game animation to see the design of the game Stronghold.

Check out the video to see us climb.  Look out, world!  Here comes SAMbot!