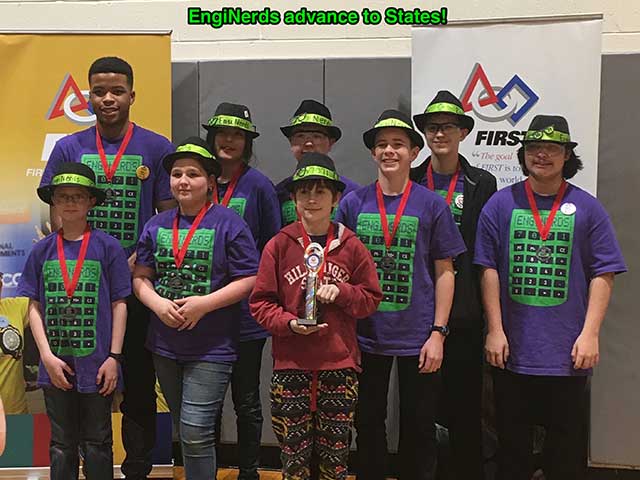 EngiNerds attended the Southern NJ League Tournament in Columbus, NJ on Saturday, February 11, 2017.  The event was hosted by Team 5387-TecHounds at Northern Burlington County Middle School.
The EngiNerds placed 2nd before Finals. They were then chosen by the number 1 alliance, Robotux (in the gray shirts, pictured next to our drive team and waiting with them prior to a match), as their first alliance pick. Of course the team said, YES! The EngiNerds, with their partners, won all five of their pre-final matches and advanced to the NJ State Championship!

Our drive team is:  driver Zachary May, coach Josh Johnson, and operator Jared Morgan.
Our students say they have no LEADER – they all have something they do well and work as a TEAM!  All of our students work on mechanical tasks, designing, and building as well as programming under great coaches who give much time an energy to our team – thank you, coaches! 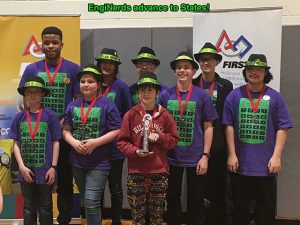 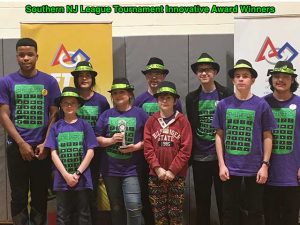 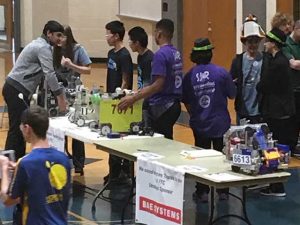 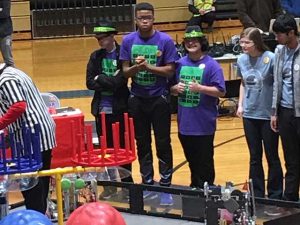