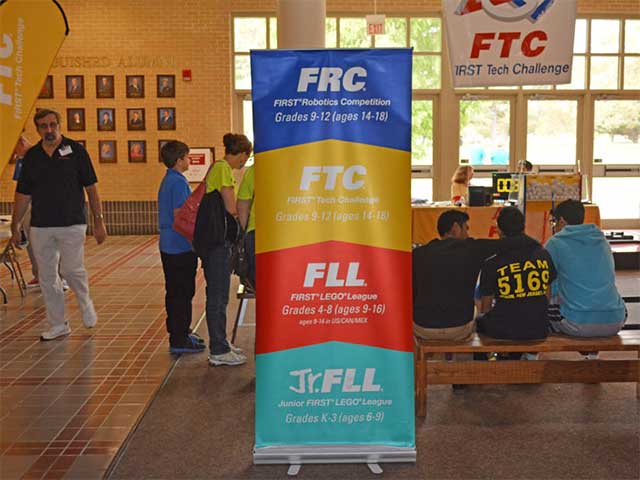 Duel is held annually at Salem Community College, which is located in Carney’s Point, NJ.  This annual event, sponsored by LuNaTeCs FRC Team 316 and MOE FRC Team 365, is open to the public.  It’s a good opportunity to learn more about South Jersey Robotics teams.  Our high school teams compete, our FTC team scrimmages, and our FLL teams display their bots.

FTC at Duel on the Delaware

Duel primarily hosts 32 FRC teams in an off-season competition in the arena. This event also offers FTC teams an early chance to put their robots on the playing field to test out their builds and programming with the new game.  FTC teams appreciate this opportunity to do a scrimmage.  They get to see how their bots are performing without the pressure of needing a win for ranking points.  The NJ FTC Affiliate oversees the day and brings the field for the teams to use.  Even though it’s just a scrimmage, teams still compete under timed conditions, just like in a real match.  Rookie teams especially appreciate the chance to try out their robot in a competition setting.