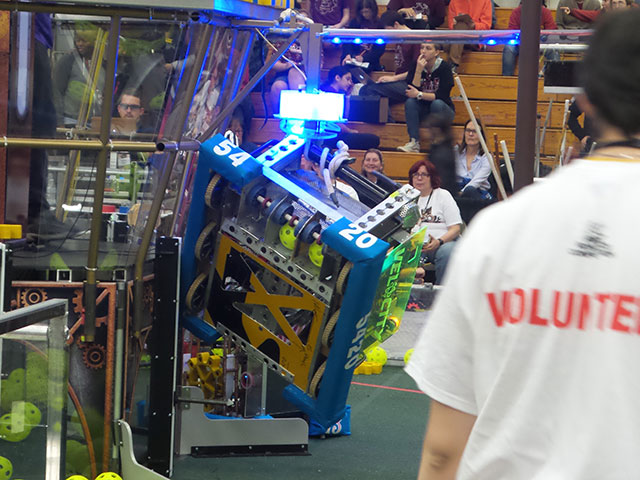 The Week 1 FIRST® Mid-Atlantic District Hatboro Horsham Event is always a challenge.  It’s the first time anyone in the district is competing with the new game.  This year was no exception.  Velocity played hard and learned a lot.  They did have their successes as the bot played the end game by hanging from the airship.  And the team moved on to their next event a little wiser and more experienced.  Thanks for the opportunity to learn, Hatboro Horsham!

Velocity is part of South Jersey Robotics whose teams compete primarily in the FIRST® Mid-Atlantic Robotics (MAR) District.  To learn more about MAR, visit them at http://www.midatlanticrobotics.com/.